How To Get Rid Of Cooking Smells In A Small Apartment

Although cooking smells can be pleasant at first. However, when the cooking is completed the odors can cause your kitchen to smell bad.

There are several easy ways to eliminate cooking smells in a small apartment. Below are some simple but effective ways that I found that work well to get rid of cooking smells quickly.

1. Use An Air Purifier With A HEPA Filter 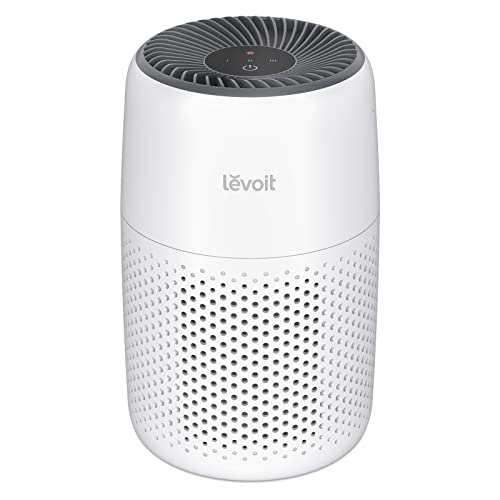 I have found that using an air purifier for cooking odors is one of the most effective ways to remove bad smells and smoke from your kitchen.

Especially with this new HEPA filtration technology. I have researched this type of filter. And, it seems to be a very powerful tech that can trap and remove small air particles, including cooking smells.

In fact, air purifiers can detect cooking chemical particles in the air. And get rid of them quickly. They also can get rid of fumes and dust.

However, the downside is that the filters on the air purifier will need the filter to be replaced every 6 to 12 months.

Another simple and effective way to eliminate cooking smells is by opening windows and doors.

And although this may seem like a viable option, keep in mind that opening windows and doors may bring insects and humidity inside the home, causing other problems in the long run.

However, by opening your windows and doors, you will allow fresh air to enter your home and help remove any cooking smells that may be present.

Having a dirty sink drain can be a common cause of bad smells in a small apartment.

If your kitchen drain is smelly, it will likely be because of food build-up.

Follow these simple steps to remove the awful cooking smell from the sink’s drain.

You may find that boiling some vinegar can help eliminate cooking smells in your small apartment.

Vinegar is a natural odor absorber; when boiled, it can help remove cooking smells from your home.

However, remember that the steam from the vinegar may irritate the eyes or skin.

Bad cooking smells can also be absorbed into the floors, living behind oil residues and bacteria.

Cleaning up the floors regularly can help your home smell fantastic and clean.

Regularly clean mats, rugs, carpets, and other flooring materials to prevent cooking smells from building up.

Ozium is a commercial product designed to remove odors from the air. It can be very effective at removing cooking smells in a small apartment.

Spray some Ozium into the air of your smelly kitchen and allow it to work its magic. You should notice a difference within minutes.

Remember to check for allergies, which could irritate the eyes or skin.

It is an excellent idea to burn incense in the kitchen while cooking and in other areas of your home where cooking smells may linger.

However, some people are allergic to such incense. If that is the case, try using other recommendations.

8. Check The Filter On Your Hood Fan

Check and clean the filter regularly if you have a hood fan over your stove. A dirty filter can cause cooking smells to linger in your home.

I have found that Fresh Wave gel is one of the most effective products for getting rid of cooking smells in small apartments.

This gel can be placed anywhere in your home, and it will work to remove odors from the air.

Open up a container of Fresh Wave gel and place it near the source of the cooking smell. You should notice a difference within a few hours.

Some gels can irritate. Always check the warnings and recommendations shown on the product’s label.

Several candles on the market can eliminate cooking smells.

Furthermore, You can place candles anywhere in your homes, such as in the kitchen or other areas where cooking odors may linger.

The candles will work to absorb cooking smells and make your home smell nicer.

Some candles have harmful chemicals that can cause health issues. Try using organic natural beeswax candles.

11. Turn On Your Ceiling Fan

A ceiling fan can help to circulate air and remove odors from your home. If you have a ceiling fan in your kitchen, be sure to turn it on while you are cooking.

You can also turn on other fans in your home, such as floor fans or table fans, to help circulate the air and remove cooking smells.

Cinnamon is an excellent spice for masking cooking smells.

If your home smells like food, boil water and add a few cinnamon sticks to the pot.

Allow the water to simmer for a few minutes before turning it off. The cinnamon will help to remove odors from your home and make it smell nicer.

Used dishes can cause your home to smell like rotten food. If you have dirty dishes, wash them as soon as possible.

Leaving dirty dishes in the sink or the counter will only cause cooking smells to linger in your home.

You want to change the trash daily, especially if you have a lot of cooking waste. Food waste can cause your home to smell bad, so be sure to dispose of it regularly.

Your kitchen sponge could be the reason your home smells like food. Be sure to soak it in bleach water for a few minutes to kill any bacteria causing the smell.

It would help if you also replaced your kitchen sponge regularly to prevent cooking smells from building up.

Getting rid of cooking smells in a small apartment can be challenging.

However, by following the tips above, you should be able to remove odors from your home and make it smell nicer.

Use multiple methods to achieve the best results. And be sure to clean the entire kitchen regularly to prevent cooking smells from building up.

Irene Batres is eager to help others create an indoor allergen-free home. She has years of experience testing out air purifiers, dehumidifiers, and other products designed to help with indoor air quality. Learn more about me. Will A HEPA Air Purifier Remove Ringworm Spores? | Yes Or No?